jQuery is so easy to use that sometimes we just forget that it’s not CSS. While using CSS, we don’t have to give much thought to performance, because it’s so fast that it’s not worth the effort to optimize it. But when it comes to the real world, jQuery can drive developers crazy with performance issues. Sometimes you lose precious milliseconds without even noticing it. Also, it’s so easy to forget about some functions and we keep using the old (and not-so-good) ones.

Let’s take a look at a few of the most-common-and-easiest-to-fix mistakes while using jQuery in your projects. 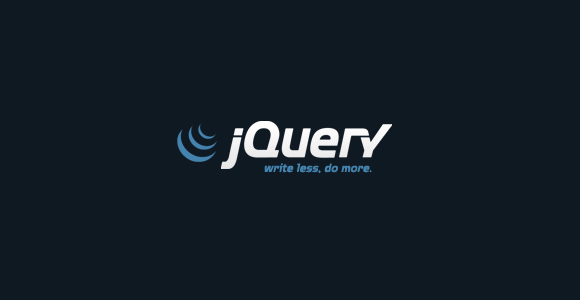 Each version update means higher performance and several bug fixes. The current stable release is 1.7.2, and I’m pretty sure you know about plenty of sites developed using 1.6 and below. Ok, ok, you can’t just update every old site for every jQuery update (unless your client is paying you to do so) but you should at least start using it for your new projects. So, forget about this local copy and just grab the latest release every time you start a new project.

2. You aren’t using a CDN-hosted copy of jQuery

How many unique visitors you`ve got last month? I bet the number is still under 1 billion, right?
So you’d better use Google’s copy of jQuery instead of yours. If your user still has the cached file of Google’s website (or from many other sites that uses its CDN) his browser will just get the cached version, improving a lot your website’s performance. You can use it by copying & pasting this HTML:

3. You aren’t using a fallback for CDN version

I know I said Google is awesome and stuff, but they can fail. So, every time you rely upon external sources, make sure you have a local fallback. I’ve seen this snippet in the HTML5 boilerplate source code and just found it amazing. You should use it too:

While doing common operations, you don’t need to call the element every time you want to manipulate it. If you’re doing several manipulations in a row, use chaining, so jQuery won’t need to get the element twice.

This is one of the most important performance tips. If you’ll call an element at least twice, you should cache it. Caching is just saving the jQuery selector in a variable, so when you need to call it again you’ll just reference the variable and jQuery won’t need to search the whole DOM tree again to find your element.

Specially for attributes modification, we have several built in methods to get stuff done with pure javascript. You can even “convert” jQuery objects back to DOM nodes to use them with simpler methods, like this:

7. You aren’t checking plugins before including in your site

You know, jQuery is not the hardest thing in the world to code. But good JS (and jQuery), that is pretty hard. The bad news is that while you aren’t a good programmer, you’ll have to rely on trial and error to find out what is good and what isn’t. A few points you must be aware of while including a plugin in your project:

About the author admin