Normally I would be surprised that I can make an article per week with more than 30 new websites, but the internet is a large place and there are a lot of web designers who make wonderful sites, well designed and from which you can learn something. Not so many people know about these guys or their creations, but no worries, I’m featuring sites that deserve recognition without reserve. Enjoy! 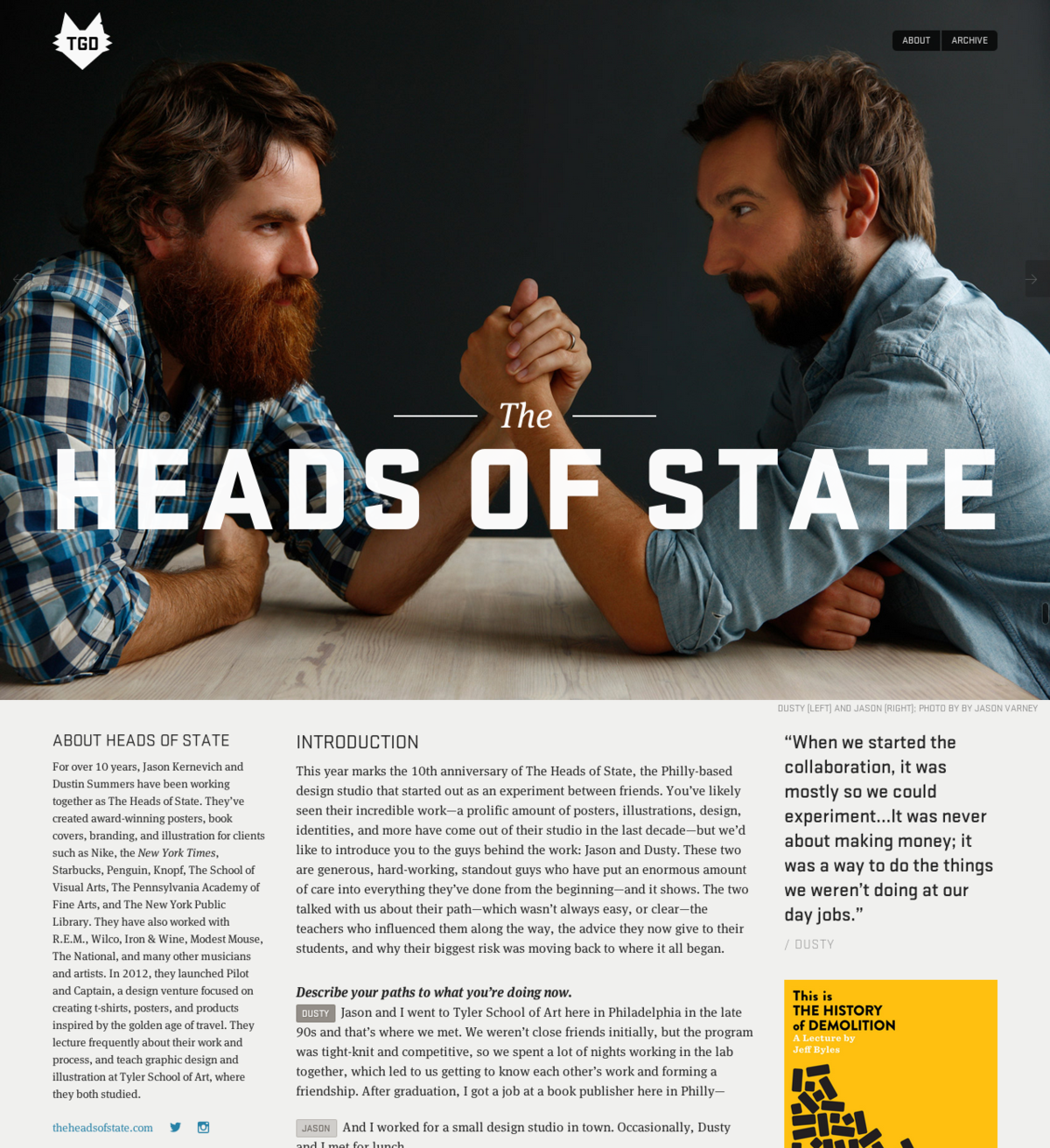 Tim Wong, senior designer at The Washington Post, pointed to The Great Discontent, a site that features interviews of people in creative fields and presents them with a focus on engaging visuals. 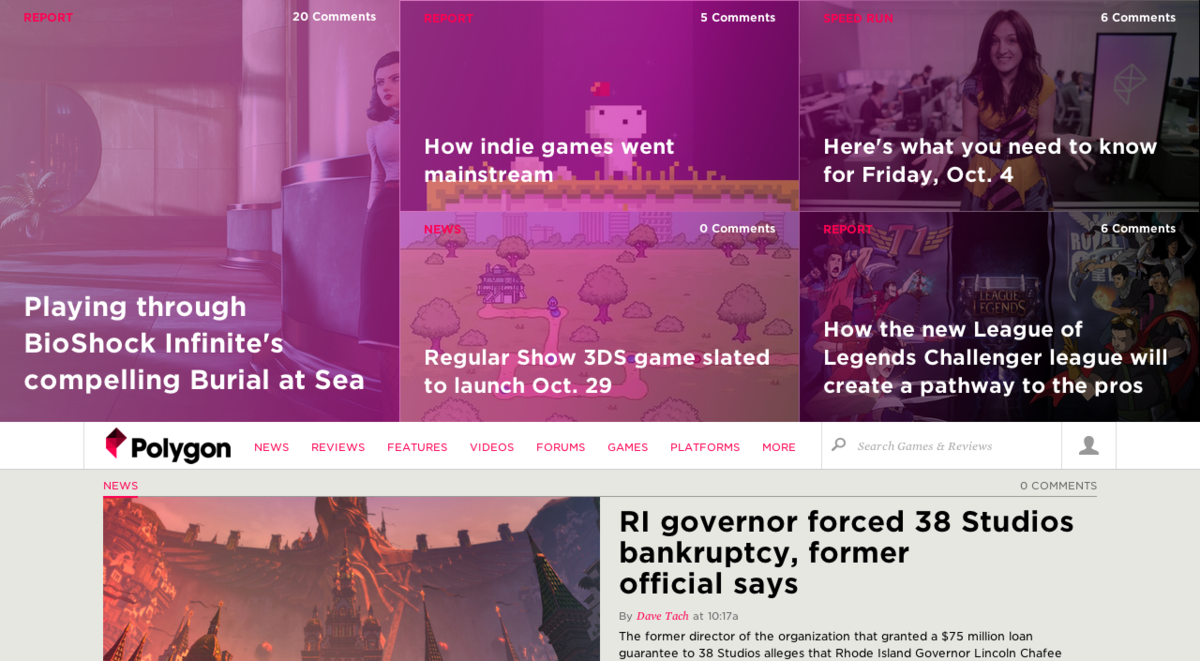 Founded in 2012, Polygon is dedicated to video game news, features and reviews geared toward both professionals and consumers. Like The Great Discontent, there’s a lot of attention to design in the makeup of the site itself. 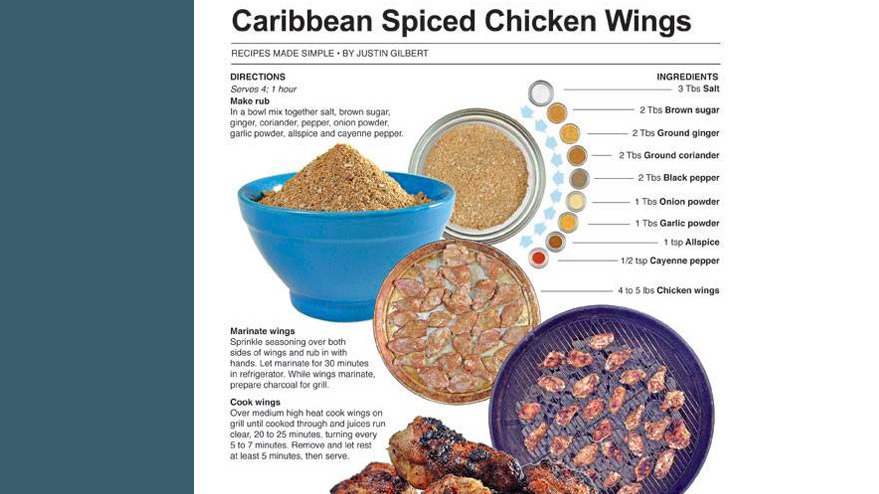 Wong also keeps up with the blog of Charles Apple, a visual journalist and former graphics director of The Virginian-Pilot and The Des Moines Register. Apple’s commentary includes news design, job opportunities and basic design aesthetics. 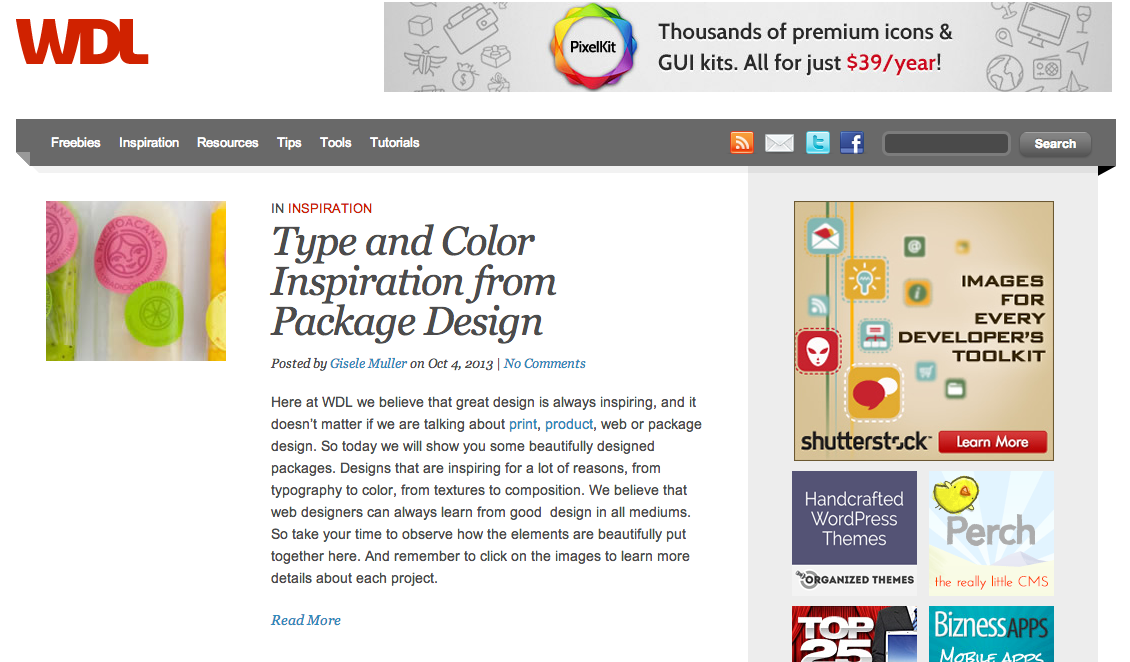 Chock-full of tutorials, free templates and resources, Web Design Ledger is a blog dedicated to designers and developers alike. 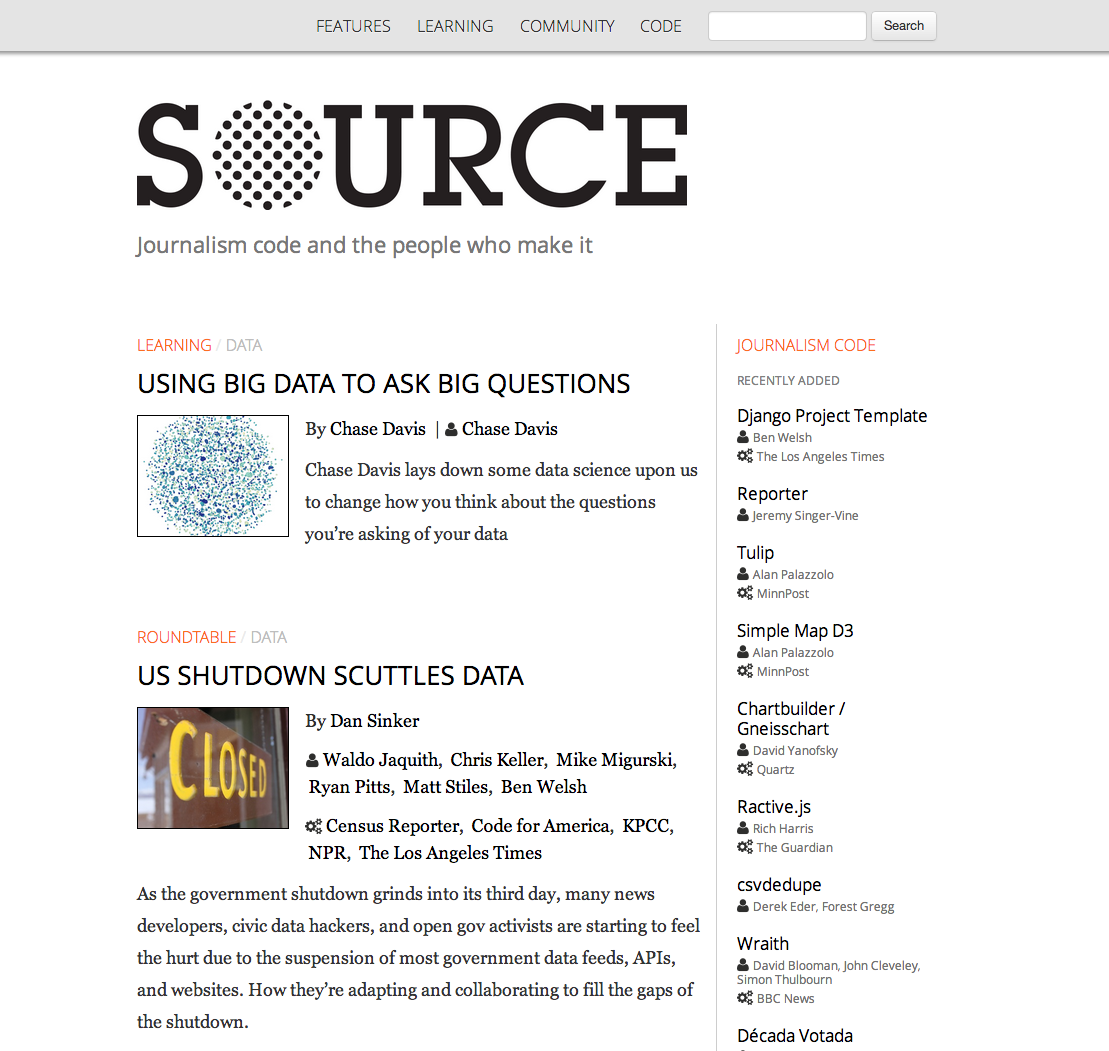 Source, a Knight-Mozilla OpenNews project, is a community for journalism coders, developers and designers. Full of commentary and tutorials, Source has a giant pool of contributors from various publications and outlets, including many blogs by developers who analyze their own projects. 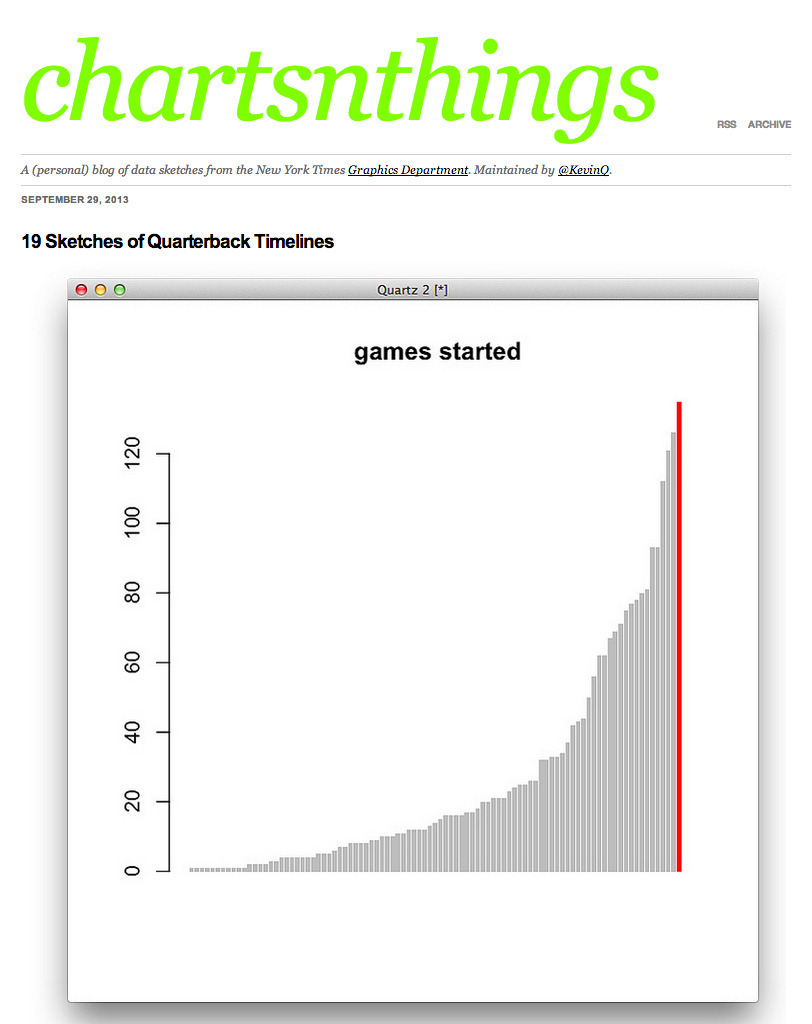 Aldhous also cited chartsnthings as a source of inspiration. A personal blog that offers insight behind the work of The New York Times graphics team, chartsnthings is a Tumblr maintained by Kevin Quealy, a graphics editor at the Times. 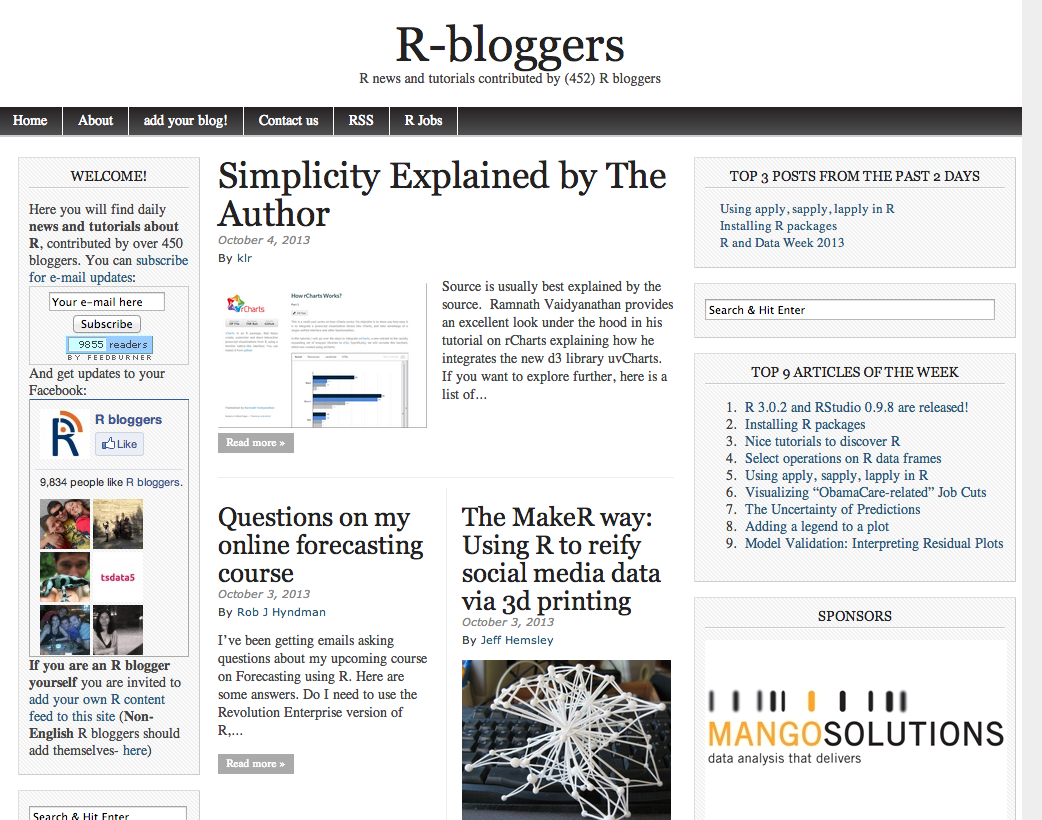 The National Institute for Computer-Assisted Reporting (NICAR) is part of Investigative Reports and Editors, Inc. and the Missouri School of Journalism. NICAR has been training journalists in the skill of data analysis since 1989, and now hosts a large database of records and code sheets. 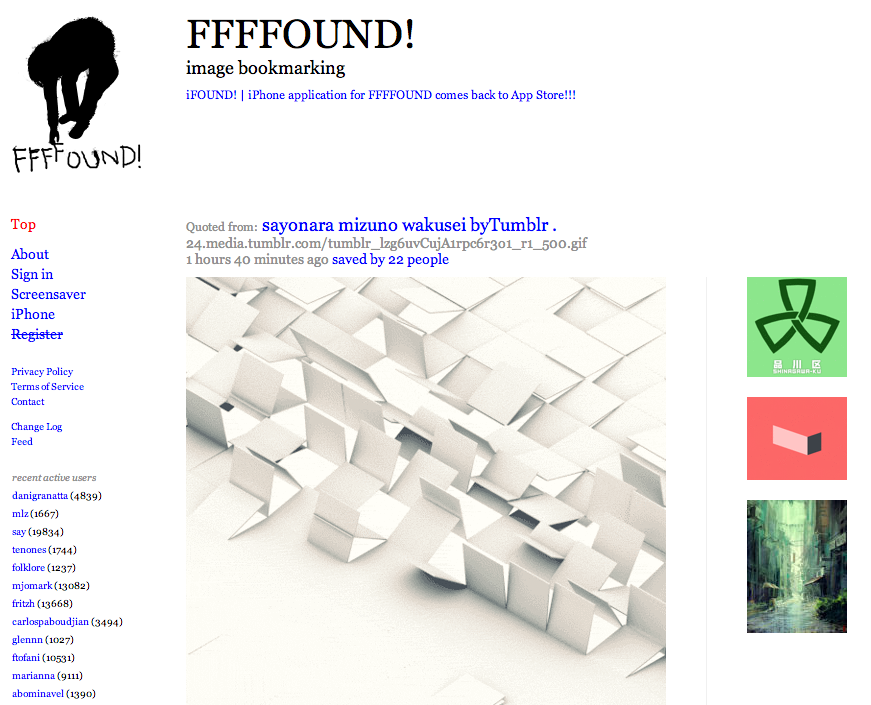 FFFFOUND is an image bookmarking community that depends on users to aggregate, post and share images found elsewhere on the web.

“I like to look at sites that just have a lot of visual ideas — art, design, photography,” saysAndrew Garcia Phillips, senior graphics editor at The Wall Street Journal. “I’m a big believer in just exposing your brain to lots of unrelated concepts and letting them stew together. I spend a lot of time scrolling through FFFFOUND and then following those links to their sources.” 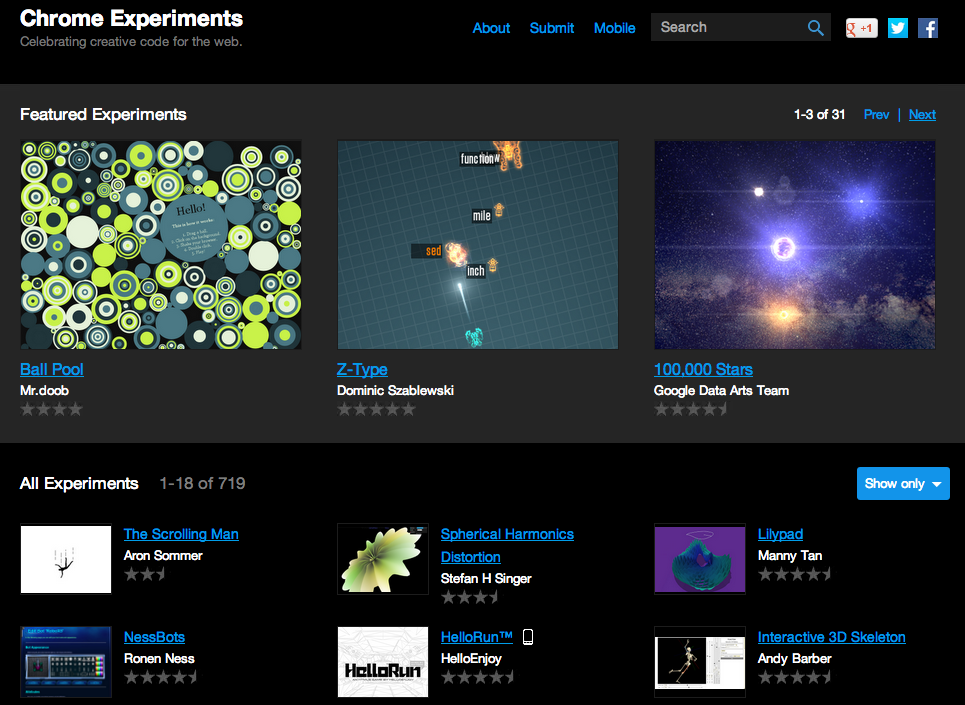 Garcia Phillips also looked to Chrome Experiments, in addition to other data visualization sites such as Information Is Beautiful and FlowingData, just to stay updated on what others in the coding community are doing. 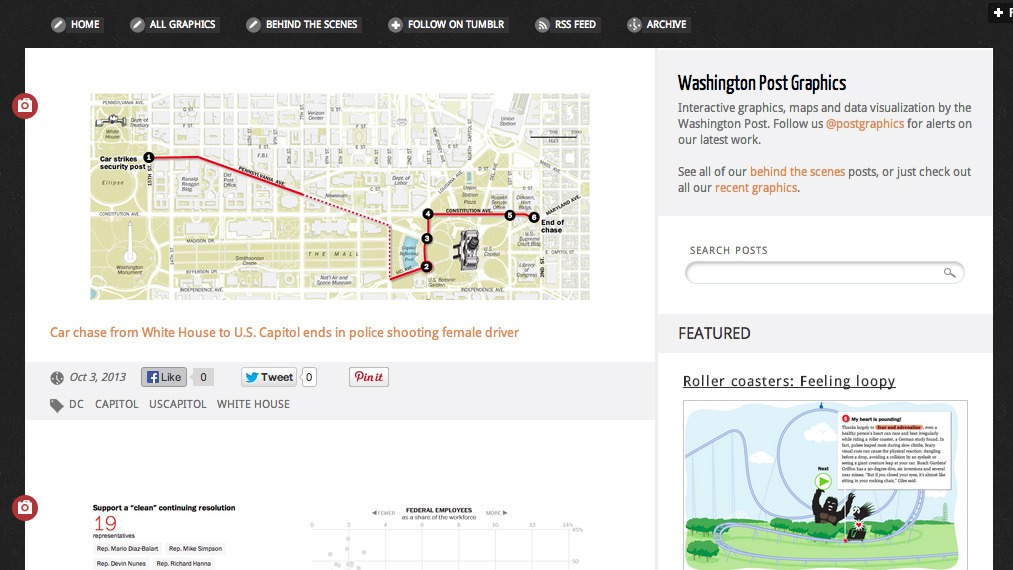 Similar to chartsnthings from The New York Times, the Post Graphics Tumblr takes a behind-the-scenes look at the projects from The Washington Post.

Alyson Hurt, news apps designer at NPR, cites the blog — alongside the blog of Juan Velasco, art director at National Geographic magazine — as a useful way to learn about how particular projects are made in well-read publications. 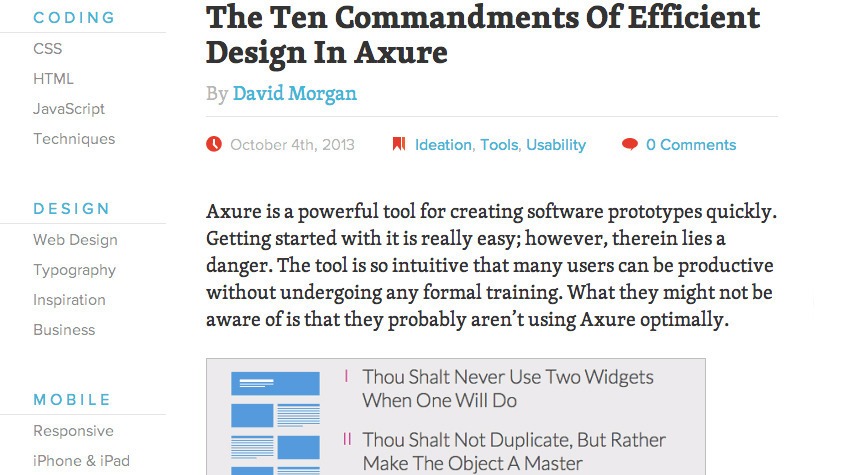 Hurt points to Smashing Magazine as a resource for coding and web design. Covering a wide range of coding, graphics, mobile design and UX, the Germany-based online magazine offers free resources, best practices and even workshops. 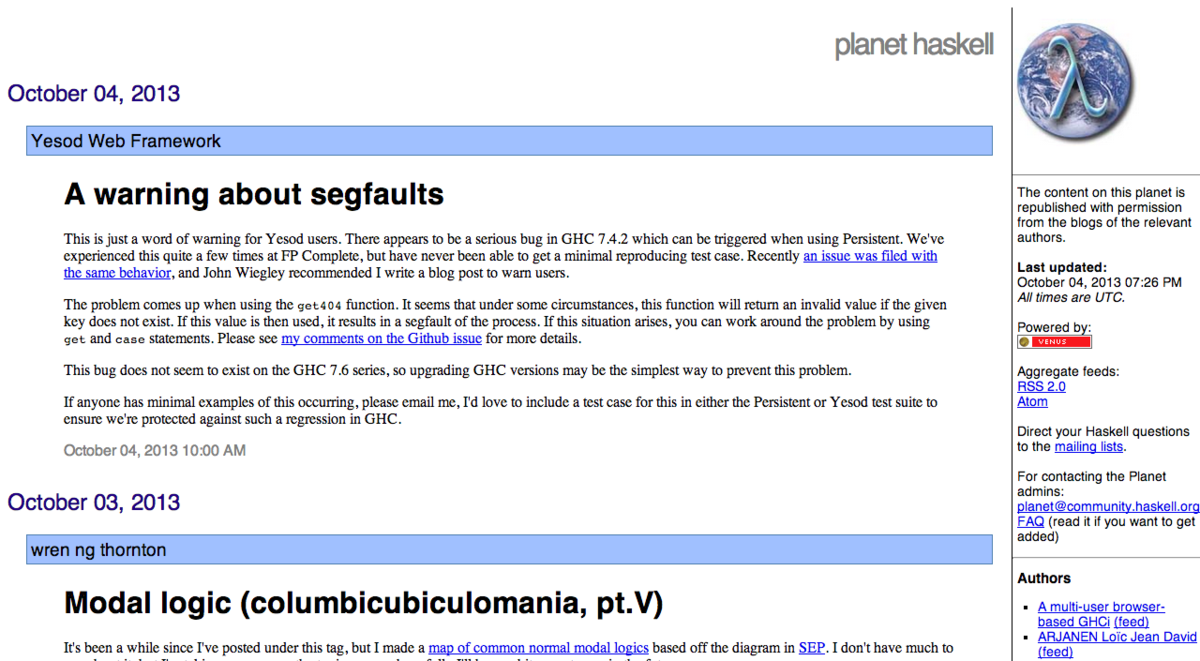