Another week, another article, some more Flash tutorials here to screw up with your free time and to make you dream Flash even when you’ll think it’s gone. Some kind of good/bad dream.

A linked list is very similar to an array in a way that both are structures capable of storing elements sequentially. However, taking a closer look reveals that they work totally different internally. Like all arrays the build-in array class in ActionScript stores multiple elements in a single array instance accessed by indexing, while a linked list uses a separate object instance for each data element. This object is called a node, and besides storing the data it also needs to hold a reference to the next node in the list. 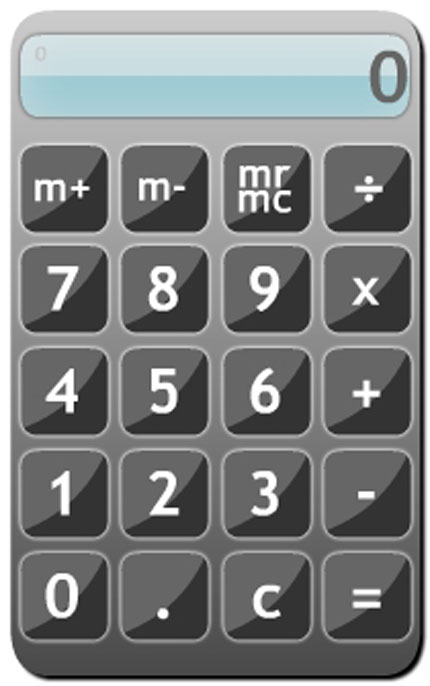 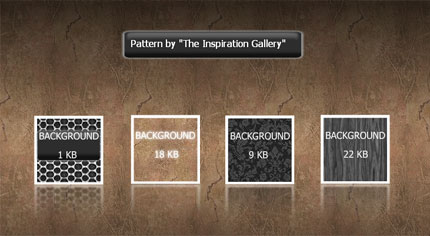 In this tutorial I will show you how to create a realistic smoke/fog effect in flash. This is useful for adding atmosphere to images, games and pretty much whatever you fancy. 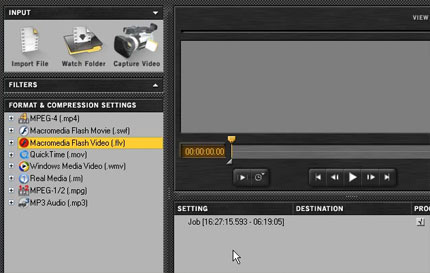 Learn the basics of encoding video into the FLV format. Sorenson Squeeze is used. 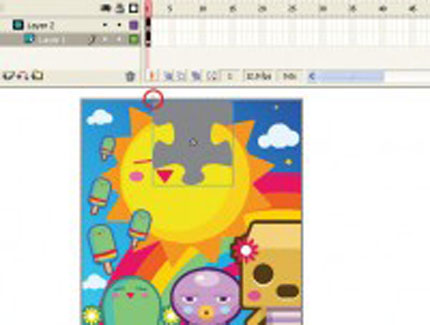 Here we’ll learn how to make a Flash jigsaw puzzle game using any artwork you prefer. It is fun, easy, and best of all it’s extendable! This tutorial will show you how to use Flash 8’s filters to make realistic puzzle pieces without using Photoshop effects. This will save you tons of time because you don’t have to render the effects in Photoshop and export each individual piece separately. You will learn how to make the puzzle pieces by masking the artwork, and then applying the Drop Shadow and Bevel filters. The benefit of this approach is you can change the puzzle artwork instantly by replacing the artwork PNG file. The puzzle pieces are randomly placed on the right-hand side and are draggable. As soon the player put it in the proper target (invisible movie clip), it will snap to the right position. When the puzzle is completed, it displays an animation and a button will appear that allows the browser to play again. 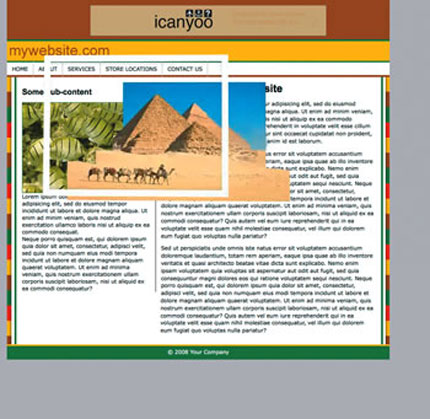 In an increasingly mature market, online ads compete to attract the attention of Web site visitors more than ever. Recent years have seen a migration from animated GIF banners to Flash because of Flash’s superior interactivity, flexibility and high-quality image reproduction.

While this has helped maintain user interest and click-throughs, users are becoming harder to engage through advertising as they become desensitized.

One way to stand out is to break the mould: allow your ad design to leave the confines of its banner, taking advantage of the full browser window to capture the visitor’s imagination.

How to design a cool futuristic website interface Flash tutorial 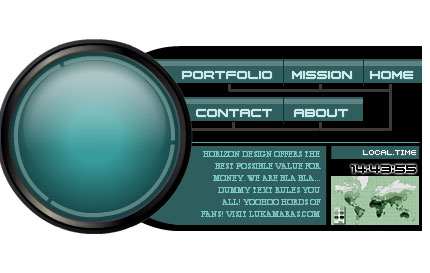 In this easy Flash 8 professional lesson I will explain you how to design a great interface for your Flash website. You will learn to make the following:
– How to create a spherical, circular orb-like screen for the interface, encased in a black matte frame,
– How to animate a part of the spherical screen with some extremely simple ActionScript code,
– How to use the blending effects & filters in Flash 8 professional to achieve cutting-edge effects on – your interface,
– How to create the interactive part of the interface, with hi-tech menu buttons,
– How to make blinking buttons that connect to the sphere,
– How to use pixel and bitmap fonts for a cooler look,
– How to make a sonar-like animation on a map (more coolness),
– How to make a simple but cool glowing digital clock and a lot more. 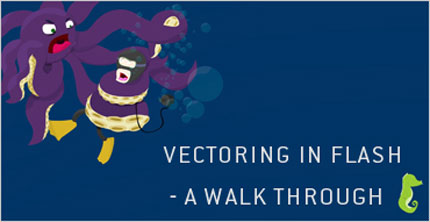 Vector Illustration is often quite hard to wrap ye old noggin around sometimes – especially for beginners. While most Illustrators tend to use the larger more orthodox illustration applications such as Adobe Illustrator and Freehand , I choose to use Flash because of its simple, and animation friendly drawing tools. I plan to write a few of these, but first I want to lay down the basics before I even write about shading and tone, so yeaaaaaaaah! 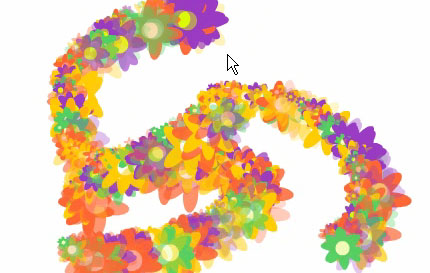 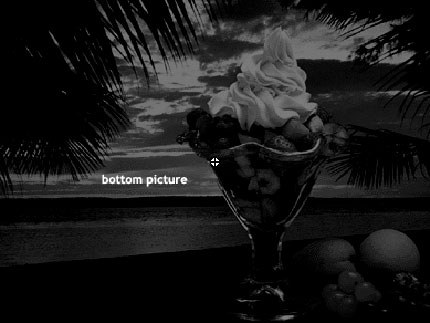 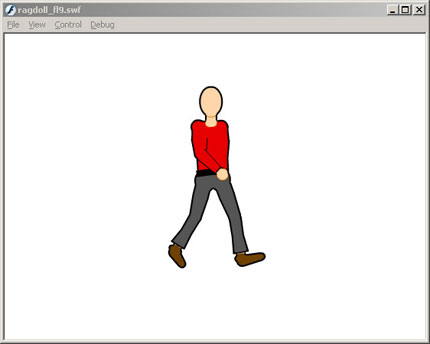 This is no true bones animation, just a quick experiment. A set of pre-calculated joints in ten keyframes are interpolated for smooth movement. The flash matrix class is then used to render movie clips instead of lines connecting the joints for a solid appearance. 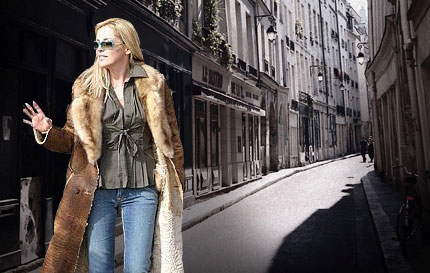 In this tutorial you have a chance to learn how to create teleportation effect on a simple way in flash 8, without Action Script.You will also learn how to use Flash filters, how to use Info Panel and more. 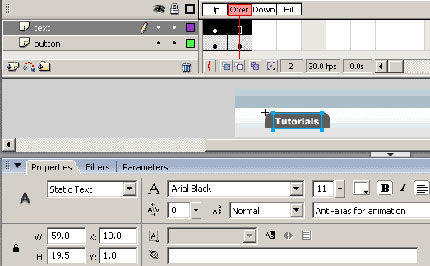 This Flash tutorial will show you how to create a basic drop down menu. 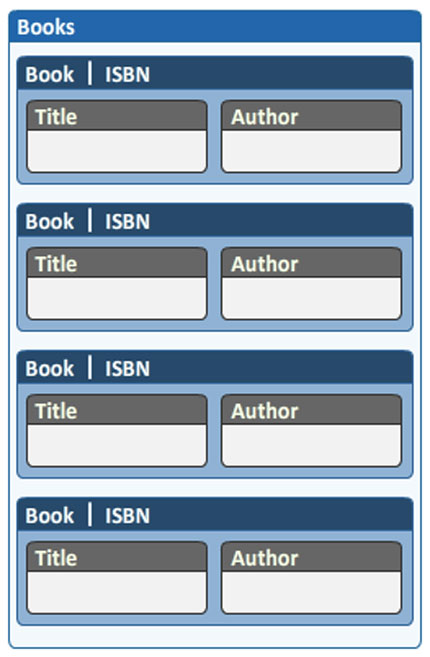 One of the major changes in AS3 is how you deal with XML content. While a lot of similarities carried over from the AS2 days, there are new time-saving niceties in AS3 that make working with XML files easier. One of the introductions is Ecmascript for XML, known as E4X for short.