12 unofficial redesigns that are Best

user interface needs to be clear, comfortable to use, and to deliver the information a user needs in the most efficient way possible. The task of any interface designer is to ensure that the user interfaces they create meet these standards.

Right now, a lot of restaurants are going through rebrands that require them to have a more mature image. Take a look at fast food places such as Burger King, Wendy’s and even Taco Bell to see how they are creating a cleaner, more grown-up image for themselves. 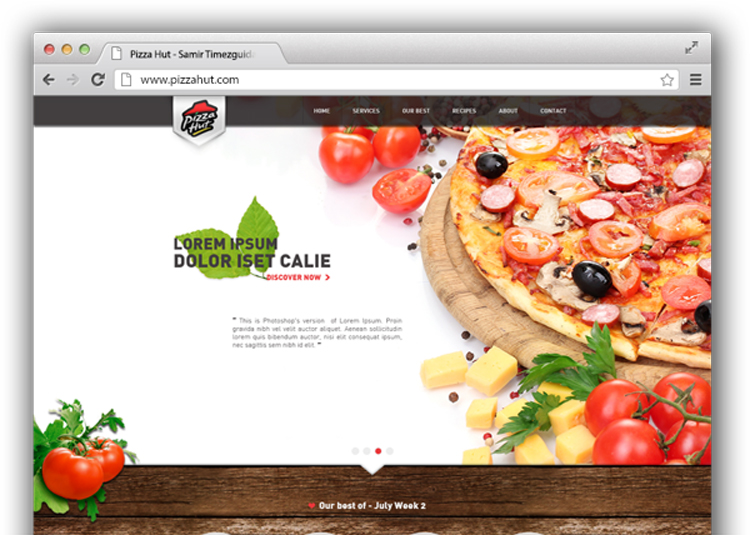 We don’t hear a ton about AOL nowadays unlike like we did when they essentially had a monopoly on the dial-up Internet industry. These days it feels like AOL is still trying to find their way, but they’ve obviously been trying to go the more progressive and hip route. 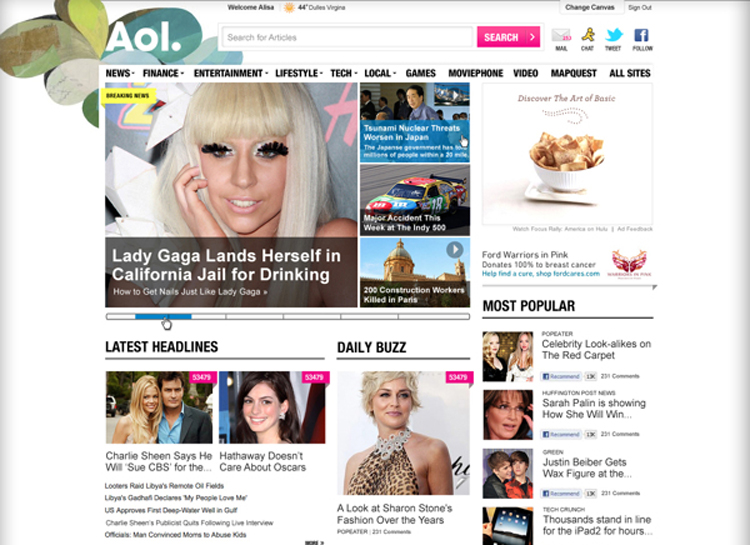 Craigslist was created with no design in mind. I believe the creators here just wanted to put something online and it ended up becoming a hit. In becoming that popular website, it seems like the developers are Craigslist never wanted to change the look of their site, maybe for sentimental purposes. 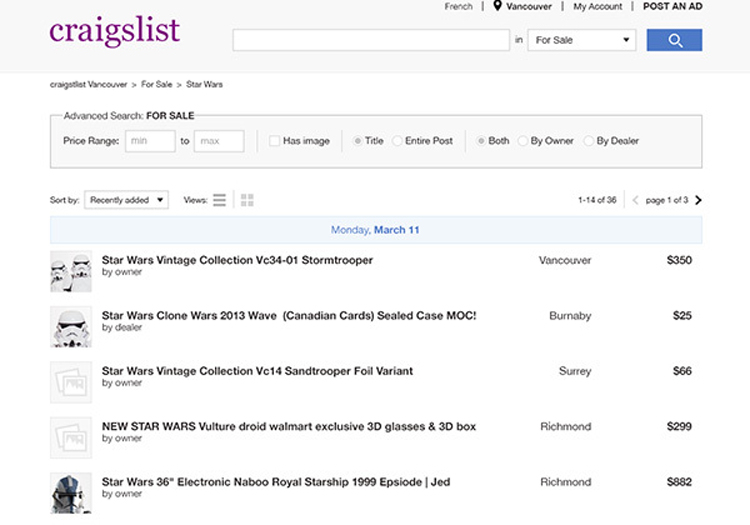 Deviantart is admittedly one of those sites I don’t go to unless I have to. Why? I absolutely abhor the design there, even though it’s a pretty useful and neat site. If you’ve not been, it feels kind of cluttered, bulky and overwhelming — oh, and dated. 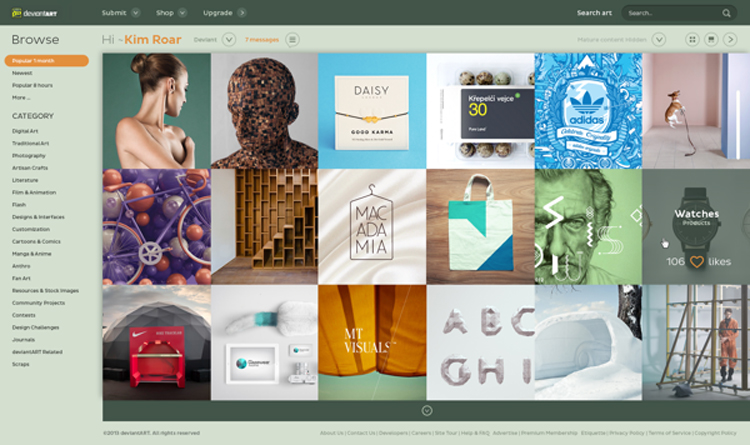 Unlike Deviantart, I think Dribbble is actually a very well designed site from it’s layout to it’s social platform and more. 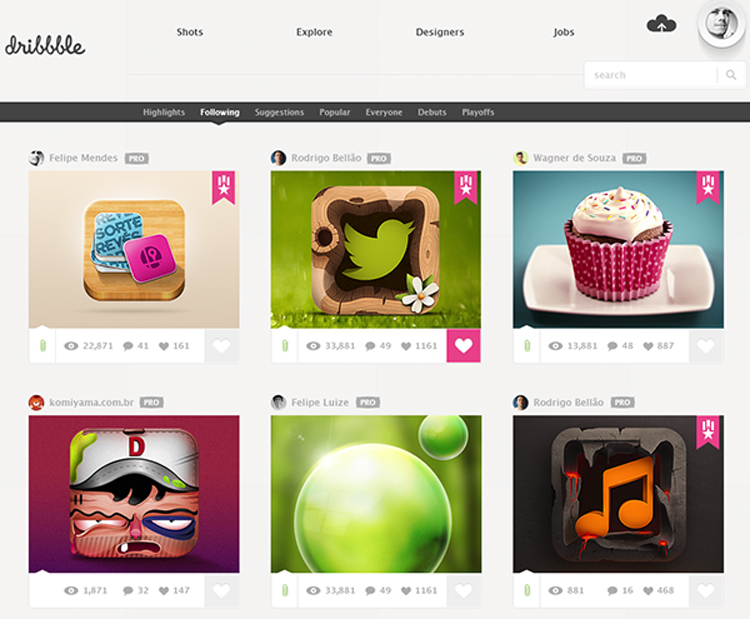 One thing I dislike about Zuckerberg is I feel like he’s constantly attempting to improve his social network on the advertising side (for businesses) while leaving the user in the dust. I think he’s awfully behind the times and does not care too much about design. 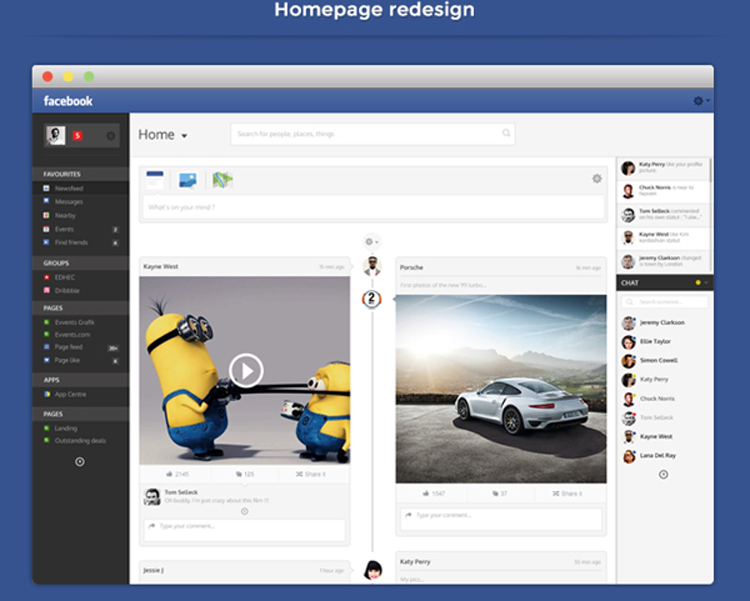 Here we begin redesigns of all things Google: Gmail! I’m typically in love with most of what Google designs, but lately it seems they’ve been experimenting a lot with Gmail and the design tends to take a hit. 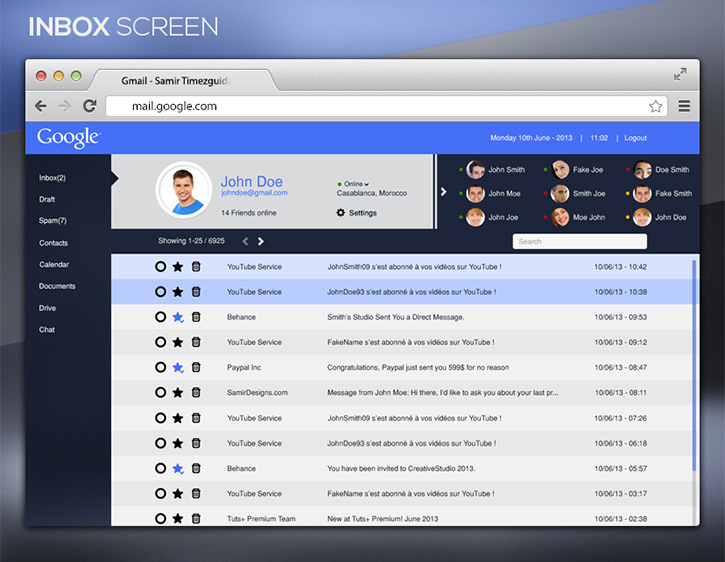 Up next is Google Play. And if you’ve visited it online recently, you know they’ve actually gone ahead and redesigned it themselves (which I think looks pretty stellar). This web design seems to put lots of focus on what’s popular, which I think is obviously important for an app store. It seems to borrow a couple elements from the Apple App Store, but all together I think this is a wonderful redesign. 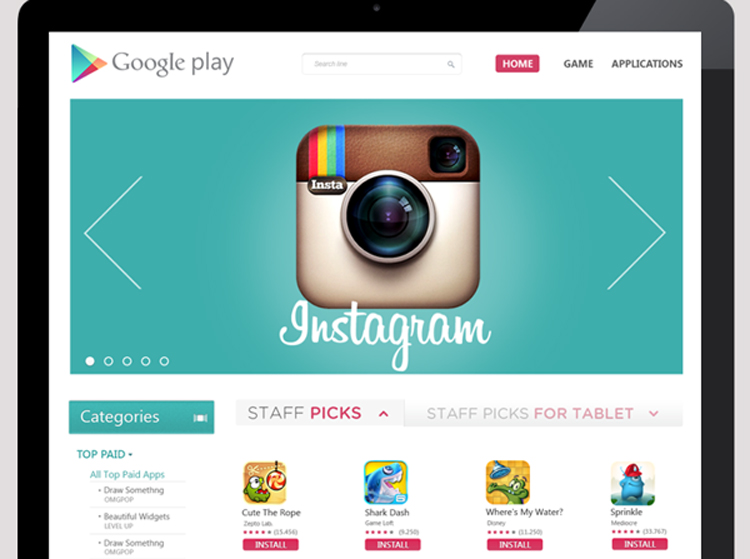 Last in our Google parade: Google+. If you’re anything like me and rarely use your Google+ account, your timeline probably looks very boring. On top of that, there isn’t much excitement on any Google Plus timeline as that’s just not how it’s created. This redesign completely rethinks Plus, giving it a little bounce of flavor — it actually looks fun to use. While the colors are probably up to personal taste, I’d definitely say this is one social network I’d like to use. 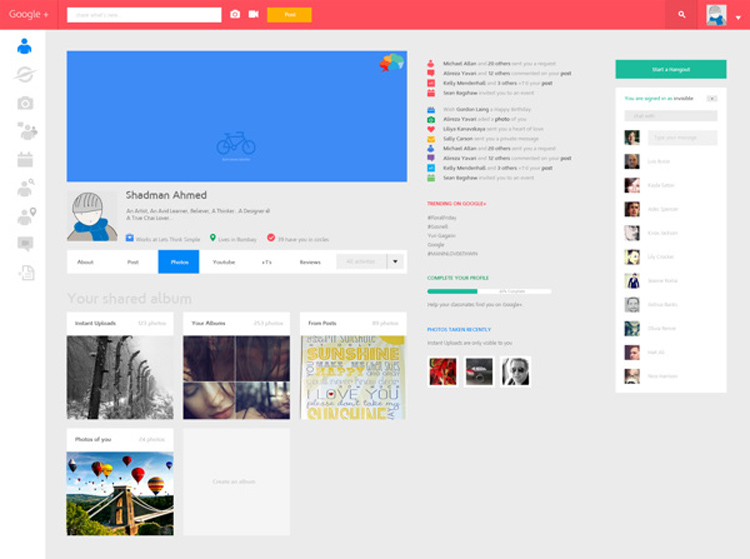 LinkedIn is one of those sites that I always wanted to get into, but never really could. For one reason, I have no clue how to properly use it and secondly, it’s a bit overwhelming to me. It seems like a very busy office with people running and bustling around trying to get attention. 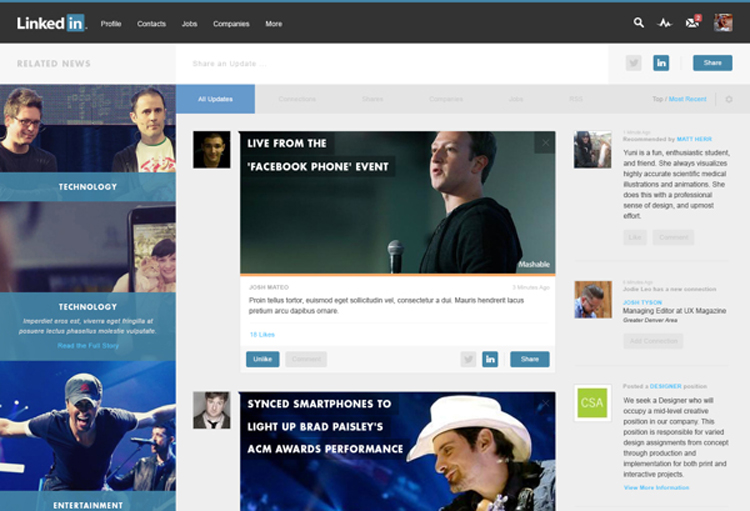 Well, if you know me, you know NBA.com is one of my favorite websites. And while the NBA did recently redesign their website, it’s obvious they should probably stick to the lay-ups and crossover dribbles. 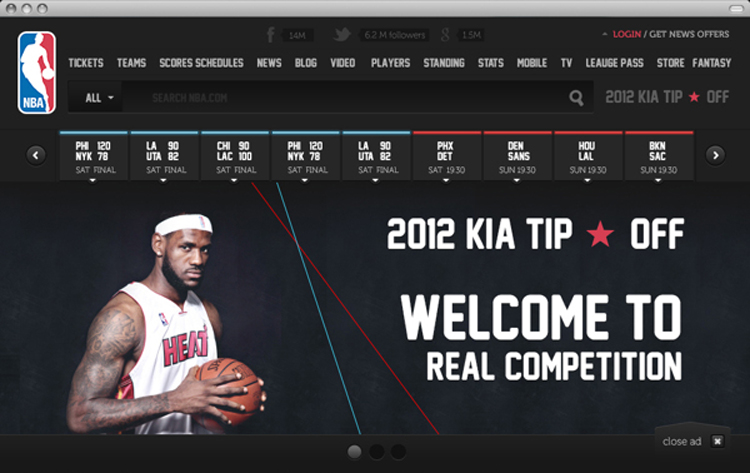 Nokia’s site was recently designed to where it now looks a lot like a blog. 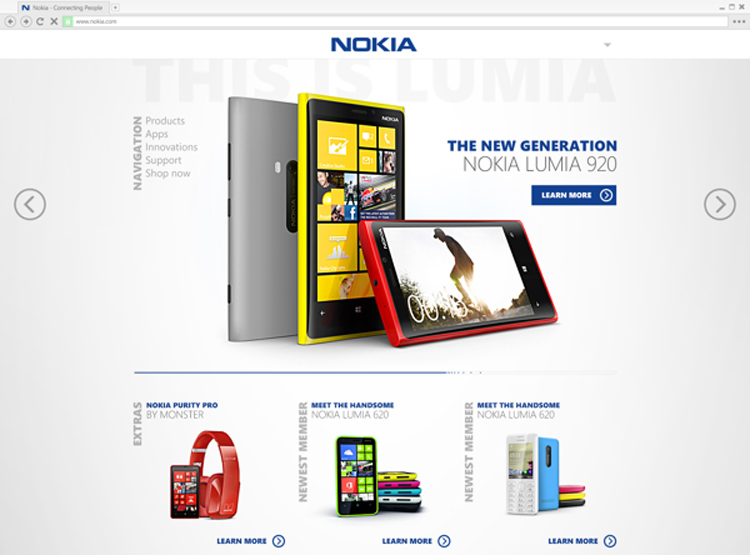 Tumblr is one of my favorite spots on the Internet. You can sit there for hours and get lost in tons of animated GIFs and pictures of really yummy looking dishes. 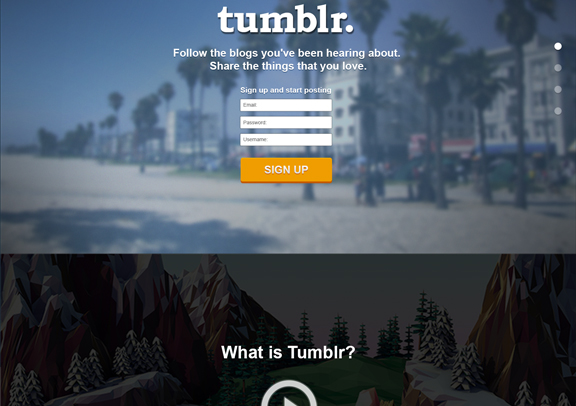 While I believe Twitter is the social network that prides itself on it’s simplicity, this overwhelming redesign is rather thoughtful. 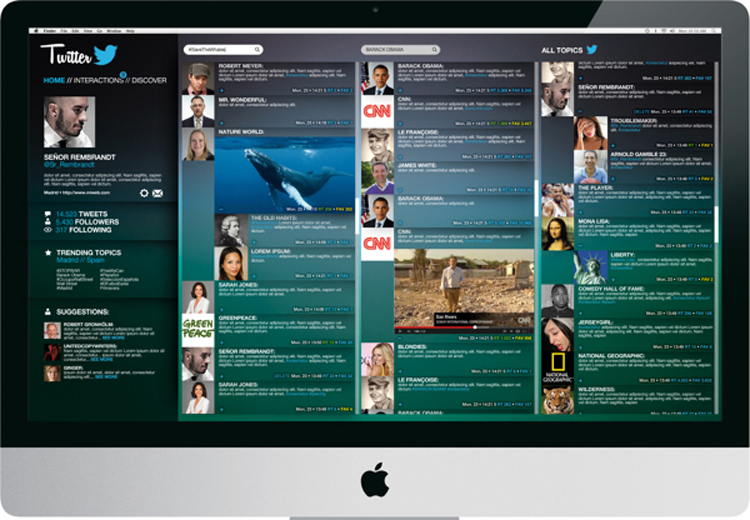 Yahoo is really an afterthought thanks to the innovation of Google and all they do. If you check out Yahoo’s current homepage, it’s not great. At all. They’ve tried to add some wonderful design elements, but all together it’s really cluttered and doesn’t look much different from any news site. 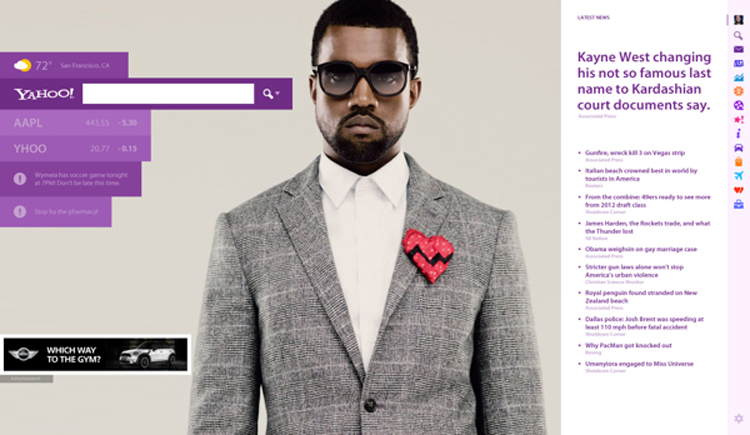